The music you vocally imitate can be part of what makes your voice stand out as an artist. Gary Levox of the Rascal Flatts is a great example of someone who stands out as a unique voice in country music. Judging from his vocals, he did not exclusively listen to and imitate country music singers his entire life. Generally in country music,  each syllable in a word gets one to a few notes, which keeps the focus on lyrics, rather than vocal acrobatics. In R&B and Pop though, you can have several notes fitting into single syllables, Christina Aguilera, old Mariah Carey, and Jesse J being good examples of this. Gary Levox at some point (consciously or unconsciously) listened to and imitated pop and R&B singers, but kept a country twang, and voila! You have a singer that stands out among country singers. As a singer, the more you imitate, the more original you can be, particularly if you take the time to break down what singers are doing and design your own sound.  The general public tends to not appreciate when a singer strays from their own genre (unless they got popular already doing that like Gary Levox), but that doesn’t mean you as a singer have to be stuck in a genre-box. Having experience with multiples genres gives you exponential possibilities in creating your own sound that stands out. What I’ve noticed in my own singing is that it has made me a lot more open and appreciative of different styles of music than I ever would have been had I not made the effort to imitate and explore genres I wasn’t used to singing in. So next time you hear a singer that really sounds unique, try to pick out what they may be doing or what genres they seem to be blending…you may hear music with new ears. 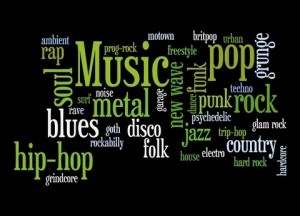