What Makes your Voice Unique Part 6: The Demands of the Genre

The demands of the genre you’re singing in can dictate the variety of sounds you’re allowed to use, this of course influences how unique you sound.

Classical singing is  a great example of a genre that sets more clear guidelines on what are and are not acceptable vocal sounds. If someone is singing in the classical genre, there are a whole lot of sounds you will not hear, like a country twang, breathiness, very spread vowels, grunts, etc. That’s because classical singing limits the variety of sounds you are allowed to use much more than other genres (like rock). Making your voice unique can be more difficult in this genre because you have a fine line you have to maintain between standing out as a singer and still staying within the classical genre. Singers typically rely much more on their skill in phrases, tone quality, dynamics, and working to express the composer’s intent. What is great about the classical genre is that having a more narrow path of what you can sing makes it a little easier to get better at singing in general, as your vocal goals are not diluted among all possible vocal sounds imaginable but rather a pre-defined set of sounds that remain similar throughout all its sub-genres.
On the other end of the spectrum, you have the rock genre, where I have heard such a vast variety of vocal sounds that saying someone is singing in the rock genre doesn’t really describe much of anything. You’d have to name off bands to get a sense of what type of rock sub-genre you’re talking about…Red Hot Chili Peppers or System of a Down or Journey? These are radically different types of vocal sounds. There is quite a bit of freedom in what sounds you can use, but that can also make it more difficult to “learn” to sing in the rock genre because the rules and boundaries of the genre aren’t so clear cut, and you as singer have to create your own rules, essentially. This is where knowing and using the “signature sounds” of a genre are really useful, and that has made it much easier for the singers I teach to move into the rock genre once we get a sense WHERE in the rock genre we are working in. 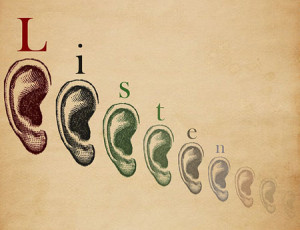