What Makes Your Voice Unique Part 4: Your Musical Skill Level 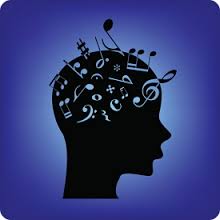 Yes, Jesse J is doing a TON of different things that makes her sound quite a bit different from Taylor Swift, which pretty much everyone would agree about whether or not you like either of these singers. What we’re focusing on today though, is only the MUSICAL skills that Jesse J decided to bring to the song, as a way of adding her own unique twist on the song.
What you will notice, is that sometimes she is what is called “behind the beat” which is, essentially, to purposely miss the moment that you are supposed to start singing in a song and instead come in “late”. Another example of Jesse J using her musical skill is when she completely replaces notes in the song with short runs, alternate notes, or other melodies.
In order for singers to do this, they have to have the musical skill to be able to stay on track with a song while changing when (and what) notes they do. There are lots and lots of ways to use your musical skill to make your voice sound different than the original singer, so much so that even if a singer is less vocally skilled than another singer, they may end up having a more popular cover of a song simply because they had more (or decided to use more) of their musical skill to deliver it.
Previous
Next